We are Internet Retailer of the Year!

How the ROTY survey is undertaken

The Retailer of the Year survey is sponsored and administered by Domestic & General and is designed to reward the very best customer service in the UK. The survey asks consumers to rate four key areas of their experience on a scale of 0-10.

Internet retailers are rated on the following criteria:

"Now in its 16th year the Retailer of the Year (ROTY) survey is an incredibly accurate barometer of individual stores performance. Well over 100,000 surveys are sent out to customers following a major purchase, such as a TV or washing machine. Customers that are not mailed rate their retailer directly on an online survey. The survey is incentivised with the prize that two lucky respondents will win the cost of their appliance back."
"The hotly contested Internet Retailer of the Year 2014 went to Marks Electrical in Leicester."

"Internet Retailer of the Year was introduced to the survey in 2006 and the award has been shared by only a handful of exceptional retailers. "
"This years winner, Marks Electrical, has been runner up in this category for the previous three years, finally winning out over rivals thanks to the sites superb ease of navigation and in-depth information, as well as the stores outstanding delivery service. Across all three of these survey questions, Marks scored an average of over 9.3/10, rating above even the likes of the mighty Amazon." 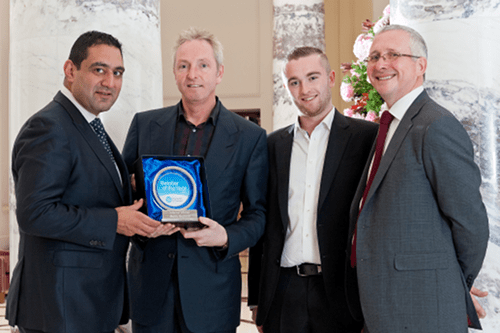 Click here to read the full article from IER magazine.

Enter your email below to stay updated with our latest discounts, offers and competitions. Whatever you're looking for - whether it's a fantastic 8K TV or a sleek American fridge freezer - you can find it here at Marks Electrical.

Notify me when in stock

Register your details below and you'll be the first to know when this item is back in stock.